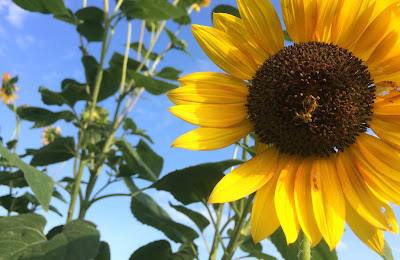 *Doug and Lori Chandler, Plastic Sax's People of the Year in 2013, have announced that Take Five Coffee + Bar will close following a performance on August 15.  A portion of their statement is at the bottom of this post.   The Pitch, The Kansas City Star and KCUR reported on the closure.   Clint Ashlock and KC Jazz Lark comment on the disappointing news.

*An editorial in The Kansas City Star suggests that the American Jazz Museum “should play a more vital and inspiring role in the city than it has.”

*The Pitch touts a gig by Peter Schlamb’s Electric Tinks.

*The Jorge Arana Trio created a 30-second trailer for its forthcoming album.

*Tweet o’ the Week: HNIC… again- He must be trying to get ideas for his side chick cause I'm not going to a jazz lounge.

*Comment o’ the Week: Anonymous- To each his own. I currently prefer any type of replication of 1955-era swing to a flawed version of jazz-informed R&B!

*From Take Five Coffee + Bar: We are very sad to have to make this announcement, but Take Five is going to be taking an indefinite “set break” (in other words, we’re closing our doors) effective August 15… Thank you all for participating in the creation of a community unlike any other in this part of the city… Thank you again to those who supported us, cheered us on, became regulars, brought others to be regulars, sat breathless in front of Trio M, Bobby Watson, Avishai Cohen and the immense talent of our Kansas City jazz scene.  We are proud of what we accomplished, and there’s more to be done.  We’re just Taking Five.

(Original image by Plastic Sax.)
Posted by Happy In Bag at 10:48 AM