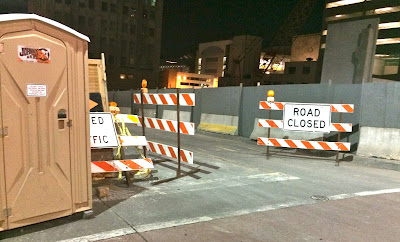 *The presence of Clay Jenkins at this year’s Charlie Parker Celebration is endorsed by KC Jazz Lark.

*The Pitch interviewed Ryan Heinlein and previewed a show by his Kansas City Bone Company.

*The annual visit of Kim Parker is noted in a television report.

*Joe Dimino’s recent interviews include a chat with Joanne Weaver.

*Nate Chinen focused on performances by bands led by Joe Lovano, Myra Melford and Rudresh Mahanthappa in a review of the Charlie Parker Jazz Festival in New York.

*Tweet o’ the Week: Eldar- 6 years ago today I released the album "Virtue." Time flies! I was 21 years old when I recorded it - I'm proud of it.

*Comment o’ the Week: Anonymous- It's an interesting question. I don't have an answer either but I would rather listen to Bird than Lovano anytime. For me the Savoy and Dial recordings are timeless and exciting. Despite his obvious talent and creativity, I just don't enjoy Lovano's work as much.