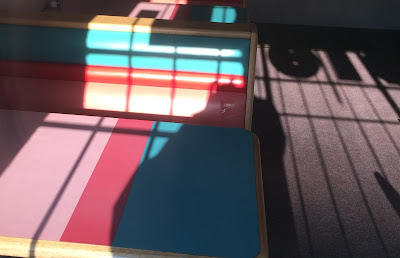 *John Scott of the Green Lady Lounge and Broadway Kansas City was a guest on an episode of KCUR’s Central Standard.

*Karrin Allyson will appear in a recording of 12th Street Jump  at Broadway Kansas City on September 10.

*Ralph Reid has been named as the interim CEO of the American Jazz Museum.

*Eldar Djangirov is soliciting financial support for his videos.

*Comment o’ the Week: John Scott- We respect and appreciate Shades of Jade. You're good for Kansas City and the scene and we look forward to seeing you continue to grow and gain even more national recognition. Kansas City loves you and Green Lady loves you. Anonymous posting may be appropriate if one fears retribution when "speaking truth to power" but when used to needlessly insult fellow human beings it's cowardly, unkind and so often and in this case untrue. We all make mistakes and are sometimes too harsh but Anonymous poster you can make amends by simply removing your post.

*From Mark Lewis Music: ”It’s no accident that Mark Lewis will be in Kansas City on Charlie Parker’s birthday. That’s why he comes to Kansas City then… Mark Lewis grew up in the Northwest USA then moved to the Netherlands for many years to perform, teach and record music. He also lived in San Francisco for a few years and recorded a top 40 jazz album after auditioning for Stan Getz to land a record deal. He often subbed for Stan Getz after that.”  The Seattle based saxophonist will perform with Bram Wijnands at the Majestic on Friday, August 28 and Saturday, August 29.

(Original image by Plastic Sax.)
Posted by Happy In Bag at 12:39 PM