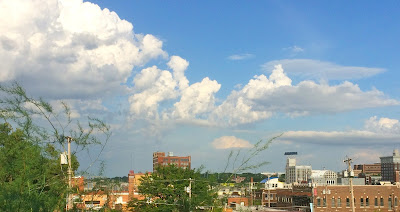 *A television station produced a glowing feature about the young saxophonist Houston Smith.

*The Pitch touts the final show at the second incarnation of Take Five Coffee + Bar.

*Eddie Moore was interviewed by a representative of KTBG.

*KC Jazz Lark commemorates his blog’s sixth anniversary with a set of photos.

*Marilyn Maye will perform seven shows at the Quality Hill Playhouse in September.

*The members of a touring rock band documents their experiences in the Jazz District and at the Green Lady Lounge.  (The relevant portion of their adventure begins at around the 5:30 mark.)

(Original image by Plastic Sax.)
Posted by Happy In Bag at 10:11 AM