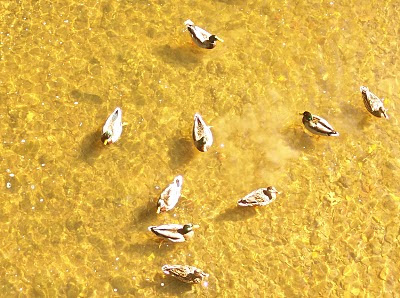 *The trip Bobby Watson and his UMKC students are taking to Japan is detailed by Steve Penn.

*Greg Carroll of the American Jazz Museum discusses his career path in a lively video profile.

*Steve Penn cites the official head count for the Rhythm & Ribs festival. (The "paid attendance" was 4,000.)

*Sue Vicory and her film are praised by KCJazzLark.

*Megan Birdsall alludes to her plan to travel to Europe with Hermon Mehari.

*Pianist and composer Michael Pagan has released two albums in 2010. His Three For the Ages album was reviewed by an Italian critic. The second title, 12 Preludes & Fugues, received a thoughtful analysis here.

*An interesting post at the site of the Black House Improvisors' Collective touches on naming compositions, Dave Douglas' recent concert at the Blue Room and the politics of jazz programming.

*Jordan Shipley has a "case of the Mondays".

*Tweet o' the week: 12THSTREETPETE: The salute to Dizzy went well. Thanks Cal, KB, and Jenn for being part of such an A+ night. I get rewarded now with football and laziness.

*From the city of Leavenworth: Jazz at the Hollywood Theater is a concert series that was developed to present performances in the community by world class talent that is based in the Kansas City metro area. The concerts are recorded for broadcast by Kansas Public Radio. This year's event, held on Nov. 13 at 8 p.m., will feature the Sons of Brasil and the Roger Wilder Quartet and proceeds will go to benefit the Parks and Recreation Department.

(Original image by Plastic Sax.)
Posted by Happy In Bag at 10:10 AM

Glad to see you found video of Miss Pearl!

Me too, Anon. I saw a guy filming her Monday, but he has yet to upload the footage. It's one of life's biggest mysteries- what becomes of all the performance video taken of KC jazz musicians?