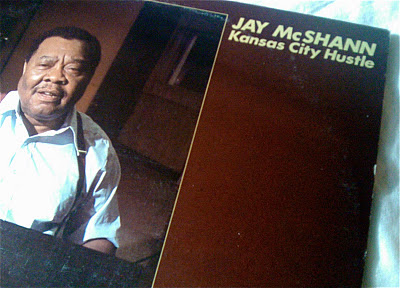 I wrote a piece for The Kansas City Star that examines Nicholas Payton's Black American Music proposal. The challenging subject makes a lot of people uncomfortable. And while the argument isn't new, it's more relevant than ever. Allow me to set aside the political and sociological aspects of Payton's concept in order to demonstrate one reason this topic matters.

Approximately 400 people attended Nnenna Freelon's excellent concert Saturday at The Folly Theater. (Here's my review.) With this issue in mind, I made an informal tally. Including the four musicians on stage, less than fifty people of color took in the concert. Where was everybody? Don't blame ticket prices- student rush tickets were $10 and cheap seats were $18.

To a large extent, the barrier was antipathy to the j-word. The jazz label may have drawn three-quarters of the existing audience, but it repelled even more potential ticket-buyers. Only people immersed solely in hip hop, indie rock, heavy metal or country music wouldn't have enjoyed the show. Music lovers of all stripes who appreciate Stevie Wonder, Amy Winehouse, Luther Vandross, Frank Sinatra or Mary J. Blige would have loved Freelon's performance.

Had the concert been marketed as an evening of Black American Music rather than as an installment of the "Folly Jazz Presents" series, all 1,078 seats might have been sold to satisfied customers. The change in labels wouldn't help everyone. Free jazz, for instance, is always going to have limited appeal. But the new categorization would almost certainly exponentially expand Nnenna Freelon's audience.

(Original image by Plastic Sax.)
Posted by Happy In Bag at 3:47 PM

Jazz musicians love pass the buck and claim that racism is the reason their concerts are poorly attended. By trying to market themselves as Black American Music it makes it easier for them say "See I told you. Everyone's racist" instead of asking hard questions like: "Well if this is black music, why don't black people support it?" or more relevantly: "What about my music is not speaking to people?"

It's all just talk anyways.

I don't see it that way, Eric, although the question you pose- What about my music is not speaking to people?- is a vital one.

I am not certain marketing that concert as something else would have improved attendance by black folks, HIB. I started performing professionally in the late 1970s and not many black folks listened to the music then - or, even attended the concerts of major touring artists who were relative to that era in the music.

I contend that the audience for the seriously creative presentations of this music is perhaps in the 400 attendee range. If you are putting on a nostalgic or repertory type of show, you get a different audience entirely and one that would not attend something like most of the concerts that a venues like the Folly inherently aspire to present.

This is not to unlike chamber music after all - that implies a small intimate room or setting, doesn't it?

I understand what you're saying, CB, and I appreciate your thoughtful response. And in the case of many great jazz artists of today- Kenny Barron and Dave Douglas come to mind- your comments are applicable.

Yet I continue to believe that Nnenna Freelon is among the artists who are ill-served by the jazz label.

You be the judge.

At least a quarter of the tens of thousands of Mary J. Blige fans in Kansas City- a racially diverse group- would be interested in seeing the artist behind that sound.

The masses want to veg out at pop concerts. Listening to jazz requires thought. Hard to unwind at the end of the day to jazz.

I apologize for being a pill, Syl, but your welcome comment allows me to pose a question. Do you mean this or this? The j-word can be almost meaningless in 2012.

....my jazz is bigger/hipper/blacker/cooler/hotter/smoother/sly-er/freer/lamer/spicier/mellower/punker/dumber/killer-er than your jazz...

Incidentally, Phono, your version of "This Must Be the Place (Naive Melody)" is one of the best things I've heard in 2012. #BAM!

I agree with your point, HIB with regard to the actual music and style of Nnenna Freelon not really necessarily being what most would think of when the term jazz is applied to a genre of music. But, I think that could also be a problem caused by the way her management is "branding" her, as well, right? Asking 'Why is she playing the "Folly Jazz Series" (?)' could be a reasonable question too. Play an R&B produced event and literally pack the house... Play a jazz event and get the 400 jazz fans that go to such outings ;-)

Here's a thought you inspired: