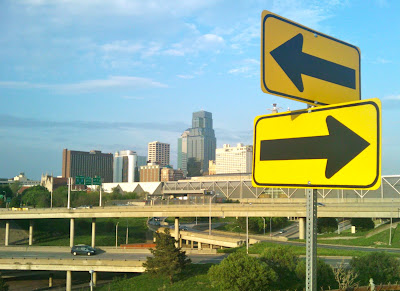 *Tim Finn checks in with BCR on the band's 30th anniversary.

*KCJazzLark laments the premature death of Bill Caldwell and the absence of Jardine's in a typically excellent post.

*The Wichita Eagle notes the passing of Bill Caldwell.

*Bobby Watson, Book of Gaia and the David Basse Orchestra are scheduled to perform at the Meet Me at the Bridge Street Festival at 48th & Troost on May 5.

*The 2nd Annual KCKCC Jazz Summit at Kansas City Kansas Community College will conclude with a concert by Lisa Henry and an all-star band.

*A new Ella Fitzgerald-themed exhibit at the American Jazz Museum is noted by The Star.

*The People's Liberation Big Band's score for Battleship Potemkin will be performed on May 1 at the Plaza branch of the Kansas City Library.

*A critic declares that Chris Hazelton's new album is the greatest thing since sliced bread. (Link removed at request of critic.)

*A publication in Iowa notes the current Midwestern barnstorming tour of the Rob Scheps/Frank Basile Quintet.

*Doug Ramsey reports on plans for a memorial service for Bob Brookmeyer.

*A few jazz-related acts are participating in KKFI's band auction.

*Tweet o' the Week: Alaadeenswife- Thank you Bobby Watson for honoring Alaadeen last night at the Spring Concert of your Concert Jazz Band - University of Missouri-KC

*Comment o' the Week: Anonymous- we all know what happens when you assume things dont we?

(Original image by Plastic Sax.)
Posted by Happy In Bag at 7:33 AM