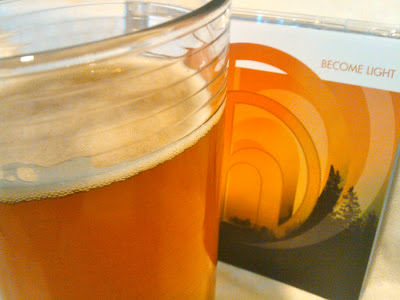 "Saturday's Back," the fourth track on Become Light, the terrific new release by trombonist Ryan Heinlein's The Project H, is the sort of joyous groove-oriented song that once led off classic jazz albums by the likes of Horace Silver and Herbie Hancock.

There's a good reason the album opens with the unaccompanied drumming of Matt Leifer on "The Revisionist" instead. He's the band's most valuable player. Without his fresh approach, the album's clever charts and terrific solos might have fallen flat. Every time the recording begins to veer in an excessively academic direction, an innovative rhythmic concept from Leifer and bassist Dominique Sanders negates the infiltration of unwanted fustiness. "Murphy's Law," for instance, might have become a typical hard bop blowing tune were it not for the engaging textures laid down by the rhythm section.

Become Light, consequently, is the most accessible album by Kansas City-based jazz musicians since the release of Diverse's debut in 2009. (Here's The Project H's EPK.)

Just because Become Light is entertaining doesn't mean it's not loaded with impressive chops. Clint Ashlock's passionate trumpet solos are in the fiery tradition of Arturo Sandoval. Keyboardist Andrew Oullette's elegant intro to "Become Light" evokes Chick Corea's "Spain." Surprising arrangements, including a chart that allows the horns to circle back to one another on "Water Torture," display the sophistication associated with acclaimed jazz masters like David Binney. The reggae flavor of "The Vibe Out" isn't going to scare Antibalis, but it's extremely encouraging to hear young Kansas City-based jazz musicians experimenting with new styles.

Heinlein composed all of Become Light's selections. The Project H is clearly his band. Yet The Project H can also be viewed as an indirect result of Bobby Watson's outstanding jazz program at UMKC. I believe that every member of The Project H- Ashlock, Heinlein, saxophonist Brett Jackson, Leifer, Oullette and Sanders- is either a current or former Watson student or has professional ties to one or more of Watson's concerns.

(Original image by Plastic Sax.)
Posted by Happy In Bag at 6:01 PM

I was fortunate to have heard several of the rough cuts before 'Become Light' was mastered, and you're exactly right, the playing and composing/arranging is flawless. So perhaps by straining yourself to draw comparsions from this release to things you have heard in the past, you make this new music and these great musicians seem unoriginal, or dont give them enough credit for their creativity. Great music, great band, cant wait to buy a copy.

Thanks for the suggestion, Lee.

I doubt that the members of Project H would object to comparisons to Arturo, Herbie, Horace and Chick, Anon 114.

You should be glad I didn't include references to Fred Wesley, the Blackbyrds, Maynard Ferguson or the Brecker Brothers.

Hopefully readers will listen to the streaming samples at CDBaby.

I will gladly accept those comparisons.

I only accept two comparisons, and those are Neil Peart and Travis Barker.