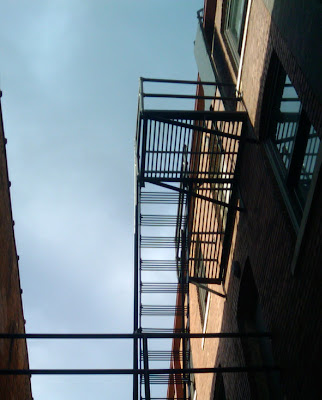 *The Star reminds readers that the corner of 12th Street and Vine no longer exists.

*KCJazzLark remarks on a tool that provides insights into the history of the Jazz District. He also notes an upcoming benefit concert and an International Worker's Day event.

*It's no secret that Plastic Sax is infatuated with Krystle Warren.  Here's why.

*Teddy Charles, the vibraphonist who played with the likes of Charlie Parker and Bob Brookmeyer, has died.  The title track of his 1957 album Word From Bird was reportedly inspired by "Parker's Mood."

*Diverse is included in a nice video survey of last month's Middle of the Map festival.

*The American Jazz Museum has announced the ticket prices for the 2012-13 season of its Jammin' at the Gem concert series.

*The author of St. Louis Jazz Notes lists his city's Jazz at the Bistro summer series.  Charlie Hunter and Tim Warfield are among the highlights.

*Comment o' the Week: Matt Leifer- I only accept two comparisons, and those are Neil Peart and Travis Barker.

*From Dan Gailey: Two University of Kansas music recently took home top awards from the coveted DownBeat magazine’s annual Student Music Awards. This marks the 35th year for the publication’s notable contest. David von Kampen, a doctoral student studying for a music composition degree, won for his original composition/orchestrated work in the Graduate Division for his work “Sneak Out.” Brian Scarborough, an undergraduate student pursuing a trombone performance degree, received the Outstanding Performance distinction in the Jazz Instrumental Soloist/Undergraduate Division. Both students study with Professor Dan Gailey, Director of Jazz Studies at KU.  Gailey added that the "KU Jazz Studies Program has now been the recipient of 12 of these awards since 1992."

(Original image by Plastic Sax.)
Posted by Happy In Bag at 12:11 PM