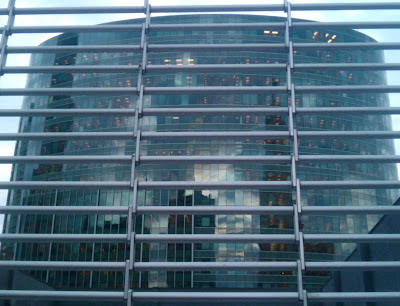 *A trio fronted by Logan Richardson received three minutes of airtime on a television morning show.

*KCUR's Central Standard previewed a tribute to Etta James that will be held April 18 at the Marquee Lounge. Several jazz-oriented musicians are participating.

*KCJazzLark examines an underappreciated component of the Jazz District's history.

*The Star offers reviews of concerts by Stefon Harris and Blackout and the John Pizzarelli Quartet.

*The Black House Improvisors Collective offers an update and a sound clip.

*Robert Trussell suggests that theater is the new jazz in Kansas City.

*Pan Cure is hosting a jazz brunch benefit at Just Off Broadway Theatre on April 29. Performers include Diverse, the Joe Cartwright & Duck Warner Duo and the duo of Millie Edwards and Michael Pagan.

*The Prairie Village Jazz Festival has announced that Karrin Allyson will serve as its headliner on September 8.

*Karrin Allyson and Pat Metheny are among the nominees of the 2012 Jazz Journalism Awards.

*A discounted ticket deal for the American Jazz Museum is available at Google Offers.

*Tweet o' the Week: Hermon Mehari- About to play a house party in KC with Logan Richardson. Peter Schlamb Trio to play first around 10:30! Stream link up soon.

*Comment o' the Week: The Phonologotron- Like I said in my post. I wasn't being sarcastic. I wasn't belittling. I was expressing my genuine appreciation for Mr. Harris. But knowing the interwebz like I do, I felt the need to specifically say, this is not sarcasm. Take your reading between-the-lines and judgement-calling and shove it, thank you very much.

*From JCCC: The Performing Arts Series and Jazz Winterlude are teaming up to bring lunchtime concerts to Johnson County Community College in early May. The performances, which are free and open to the public, will be held at noon in the Regnier Center Atrium. Five jazz combos will be featured: May 2- Tyrone Clark Trio; May 3- Matt Hopper Trio; May 4- Joe Cartwright Trio; May 7- The Beach Nuts; May 8- Gerald Spaits and Charles Perkins Duo. The series serves as a preview for next year’s Jazz Winterlude as well as an opportunity to share information about the 2012 campaign for the ArtsKC Fund which supports the performing arts throughout the metropolitan area. Also taking place in May, The T.J. Martley Duo will perform from 11:30 a.m. to 1:30 p.m. Saturday, May 5, Barnes and Noble in Town Center, Leawood. This performance is part of a Book Fair to benefit the Performing Arts Series.

*From KC Youth Jazz: Due to circumstances beyond the organization's control, we must postpone the April 22 Big Band Dance & Fundraiser. The new date will be in June and we will let you know as soon as we can confirm it. We are truly sorry for the inconvenience.

*From David Basse: On the evening of Saturday, May 5, Kansas City will tear down a wall by celebrating a bridge. For decades, Troost Avenue has been known as Kansas City’s de facto segregation line. But on the first Saturday in May, the wall between black and white Kansas City comes down with the dedication and celebration of the new Troost Avenue Bridge over Brush Creek. All of Kansas City is invited to Meet Me at the Bridge. Following the 5 p.m. bridge dedication with U.S. Representative Emanuel Cleaver, II and other civic leaders, Troost Avenue between 48th Street and Volker Boulevard will be the site of a free street festival featuring Kansas City jazz greats and hosted by Mayor Sly James. Meet Me at the Bridge stars David Basse, Bobby Watson and Book of Gaia with Nedra Dixon, Angela Hagenbach, and Pamela Baskin-Watson. They will perform until 11 p.m. amid other festival activities including recognition of neighborhoods and leaders who have embraced a core issue in order to break down barriers and build bridges in the urban core.

(Original image by Plastic Sax.)
Posted by Happy In Bag at 9:06 AM