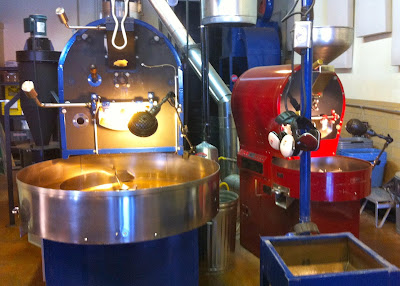 *George Duke, the headliner of the forthcoming 18th & Vine Jazz and Blues Festival, died Monday.  From the American Jazz Museum: The American Jazz Museum Staff and Board of Directors send deepest sympathies to the family and friends during this time of enormous loss. Mr. Duke was slated to be our headliner for Kansas City’s 18th & Vine Jazz and Blues Festival on October 12. With the advent of this news, our festival management team is in the process of adjusting our 2013 talent lineup accordingly. A festival talent line up update will be announced as soon as possible. Thank you for your kind consideration.

*The Topeka Jazz Workshop has announced its 2013-14 schedule.  The Topeka Capitol-Journal has the story.

*Joe Klopus' acknowledgement of the scorn heaped upon Charlie Parker by many area residents has gained a lot of traction.

*Chris Burnett reconnects with a friend and mentor.

*12th Street Jump offers another episode of "Blues In the News."

*Harry Connick, Jr. will perform at the Midland on November 17.

*Tweet o' the Week: MBIRDMUSIC: Im sad but grateful for life...appreciating the legacy and inspiration left by a friend and fellow musician #kerrystrayer

*Comment o' the Week: Peter Lawless: There is also an assumption in this piece that the rock musicians are not in "for the music. Period." It's a common form of jazz snobbery, saying, "if they really cared about music, they'd be playing jazz."  Jake played in several rock bands in KC and Lawrence while he was here. My guess would be that, at that time, he probably made more money playing jazz gigs than rock shows.  You're comparing playing local restaurants and jazz clubs to touring internationally with one of the most famous rock bands in the world. You're sort of saying, "I'm so glad people commit themselves to playing week nights at the Blue Room, instead of touring with Herbie Hancock."  Jake is in a special position. There are plenty of locally-based rock musicians who play for small crowds and make little money, and they are just as committed as the jazz musicians playing for crowd and making little money.

*From Paul Shinn: It pleases us to announce the release of the trio's first studio album entitled "Reason Pure." This album contains solely original music music and arrangements that the trio has been working on for the past few months. We will be playing music from the album throughout the night and CDs will be available for purchase ($15) that we can sign copies of during set breaks.  This will be the final performance of the Paul Shinn Trio in the Kansas City area for a while as Paul will be re-locating to Colorado to continue his studies; however, the group plans to stay together for tours and festivals throughout the KC area and elsewhere. Unlike the video performance recording, this will be a public event, so feel free to stop by anytime between 7 and 10pm and invite anyone you think would enjoy this music!

*From a press release: Piropo’s Piano Bar in Briarcliff Village will be the site of the second annual Dueling Piano Summit to be held Sunday, September 8th 2012 at 3:00 PM. The two-piano concert will last two hours. Participating in the event will be the same musicians as last year – pianists Roger Wilder, Joe Cartwright, Michael Pagán, and Bram Wijnands. The performers will match up in different combinations and play two-piano jazz for approximately two hours. Proceeds will benefit Alzheimer’s Association Heart of America Chapter…  Tickets can be reserved in advance for $50.00 by calling 816.589.9384 or by emailing michaelpagan6@gmail.com and for $60.00 at the door the day of the show. Seating is limited and cannot be guaranteed for those buying tickets at the door.  Advance purchase is strongly recommended...

*From Take Five Coffee: Friday evening, we have a trio of KC jazz masters delivering the truth in sound. Bassist Gerald Spaits continues to be one of the standard-setters in a town packed with outrageous talent on the instrument. His trio with Charles Perkins on saxophone and Arnold Young on drums and cymbals shows what happens when artists of that caliber work together over many years - intuitive interplay seasoned with complete command of the material.  Saturday evening, singer Shay Estes brings the Latin spice. Fresh back from her travels in Portugal with Fado Novato, Shay will lead us deep into the bewitching melodies of Brazilian jazz. With Mark Lowrey and Doug Auwater as guides, we're likely to find the flavors only the locals know.