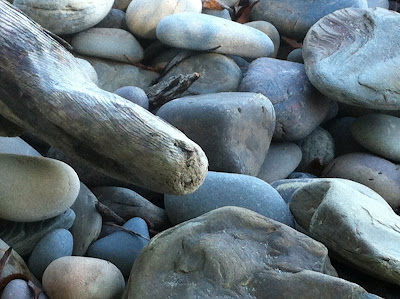 *From Chris Burnett of the American Jazz Museum: I have wonderful news to share regarding “Kansas City’s 18th & Vine Jazz and Blues Festival”. The headliner talent has been finalized and with center around our new theme “Salute To George Duke” – featuring headliners: Pieces of a Dream, Bobby Lyle & Maysa, Con Funk Shun, The Messenger Legacy, Bettye LaVette, Kelley Hunt with local and regional talent! A great way to honor the legacy of the late a great master artist!  We are pleased to announce that plans for the Kansas City’s 18th & Vine Jazz and Blues Festival are generating excitement throughout the metropolitan area. To ensure success, we will be presenting a one-day event again this year. It is important to the Kansas City region to keep the momentum of this great event moving forward with an eye to offering a multiple-day festival format in the coming years.

*Larry Appelbaum published a blindfold test he conducted with Bobby Watson in 2010 at his blog.

*An editorial in The Kansas City Star notes the role the late Marian McPartland played in the history of Kansas City's jazz scene.

*Comment o' the Week: Russell- Because we are not plumbers or electricians. I think most people who are not musicians would argue that our skill-sets and services occupy the tippy tippy top of Mazlow's heirarchy. One can live a secure and comfortable life without going out to see musicians every night. I mean face it, It's not like our skill-sets and services and the fancy thoughts we get to think as musicians are on par with "gotta eat, need a roof, jeez its cold i need clothes, gotta eat, the rent is too damn high, and etc"  We also have the detrimental benefit of recording. Music has been a noun for quite some time now. You have a tangible artifact that will be exactly the same each time you listen to it (which is whole other psychoaucoustic issue). Music a long time ago used to be a VERB that EVERYONE in the community participated in. Stomping and clapping and dancing and yelling and trancing and all the rest of the ecstatic behaviors the humans display. This is not to say that this doesn't happen today, but what I'm really saying is most people have absolutely zero awareness of the visceral reaction their bodies have when listening to musics. The whole mind/body thing and the cognitive and physiological magic that is music. (which is why we, musicians, do it)  As many a pundit would decry "we are losing our culture!" or "America is being poisoned" and etc, in some sense is correct. Communities are not what they once were, and music has shifted to a much more private experience, so the importance of the musician, that person or family who you sought out when you and your friends wanted to get together and dance around and drink fermented honey and etc, has become as a throwaway person or thing, filling a temporary hedonic want because you find them soothing or agitating until your attention flits to another place then another then another, and your musical experiences are nothing but an interrupted series of snippets.  Lack of attention span, lack of physiological and social awareness, and the relentless crush of capitalism for cheap. And I don't even want to touch the "anyone who doesn't fulfill Jazz Quests 1-10 is going to burn forever in hellish environs and we shall forever scorn them" debate that people like to rage about.  Bottom line, capitalism. Musicians have/want/need to spend so much time honing their technique that, unless they have inexhaustible amounts of energy to keep up with the entrepenurial demands of succeeding, something is gonna slack. blah blah blah blah -----> sad trombone

*From a press release: Hollywood composer Conrad Pope and writer Alessandro de Gaetano, with assistance from Star Trek’s Nichelle Nichols, launched a $14,000 Kickstarter goal to produce the musical stage play All for a Song based on the life and career of Kansas City Jazz Legend Myra Taylor.  The Kickstarter end date is Sept. 5. To date, only $577 has been raised. To assist their former Wild Woman and dear friend Myra, the Wild Women of Kansas City are holding a fundraiser. All monies raised will go to this project.  Date / Time:  September 1, 2-5 p.m.  Where:  Hotel Phillips, 12th and Baltimore, KCMO, in the 12 Baltimore Restaurant.  Entrance Fee:  None, but generous donations are appreciated.  The Wild Women will perform. There will be splendid raffles, menu items and cocktails.

*From a press release: The fall lineup for the JCCC Jazz Series has been set. The series, which showcases the talents of local jazz musicians, takes place at noon on Tuesdays for six consecutive weeks from Sept. 24 to Oct. 29. All performances, which are free and open to the public, are held in the Recital Hall of the Carlsen Center unless otherwise noted. Here's the lineup: Sept. 24- Roger Wilder Quintet; Oct. 1- Tim Whitmer Trio; Oct. 8- Dan Bliss and Rod Fleeman, guitars; Oct. 15- Everett Freeman Quartet; Oct. 22- James Ward Band featuring Ron Gutierrez, Polsky Theatre; Oct. 29- John Brewer presents Mosaic Jazz.

*From a press release: Black Lab, a new music festival sponsored by Black House Collective and Charlotte Street Foundation, will celebrate innovative new work being produced by artists and composers in the Midwest. The festival will take place in September and October 2013 in downtown Kansas City at Charlotte Street Foundation’s Paragraph Gallery, with performances each Thursday and Saturday night, featuring a wide range of talented musicians, dancers and artists.  Black Lab kicks off on Thursday, September 5 with a free opening night featuring a series of collaborative performances by Kansas City-based composers, performers, and artists. Russell Thorpe will premiere a new duet for alto saxophone and euphonium, and composer Teri Quinn will collaborate with costume designer Lynn Thonet and writer Sarah Mundy for a chaotic fashion show. Hunter Long will premiere two pieces, one choreographed and performed by Chadi El-Khoury, and the other a series of portraits for soprano titled "Now That I'm Dead I Know Everything."… Please visit blackhouse.typepad.com/black-lab.html for current info and tickets. Here's a related blog post.

(Original image by Plastic Sax.)
Posted by Happy In Bag at 2:30 PM