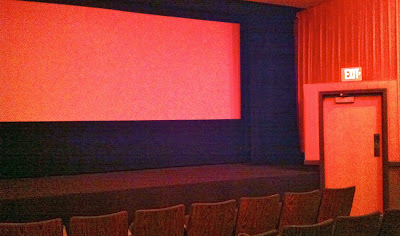 *Joe Klopus' column includes a preview of the return of Bobby Watson's Horizon to the Blue Room on Friday and a notification about the benefit for Everette DeVan at the Broadway Jazz Club on Monday.  The Pitch also recommends Watson's gig.

*Here's the trailer for a documentary about the Mutual Musicians Foundation.

*Comment o' the Week: Cb- The Najee event did indeed sell out @520 people. That's two in a row - sell outs (Poncho Sanchez in September and Najee in February) for Jammin' at the Gem series concerts. We are going for three in a row with the Newport all-star concert that includes Karrin Allyson among the luminaries featured (see latest JAM cover)… Najee is more a musician than an artist who is branding the smooth jazz lifestyle. The cat can flat out play with most anybody in jazz…

*From a press release: The Vivacious Vocals of Lori Tucker performing with Tim Whitmer & The Consort Band, Wednesday, March 5, 2014, 7 p.m., Unity Temple on the Plaza. Lori Tucker is a versatile vocalist and entrepreneur.  Lori’s expressive vocals have enabled her to hold long-term engagements in many of Kansas City’s finest venues. In addition to Rhythm & Blues, Jazz and Blues she’s also widely recognized in the Gospel arena...