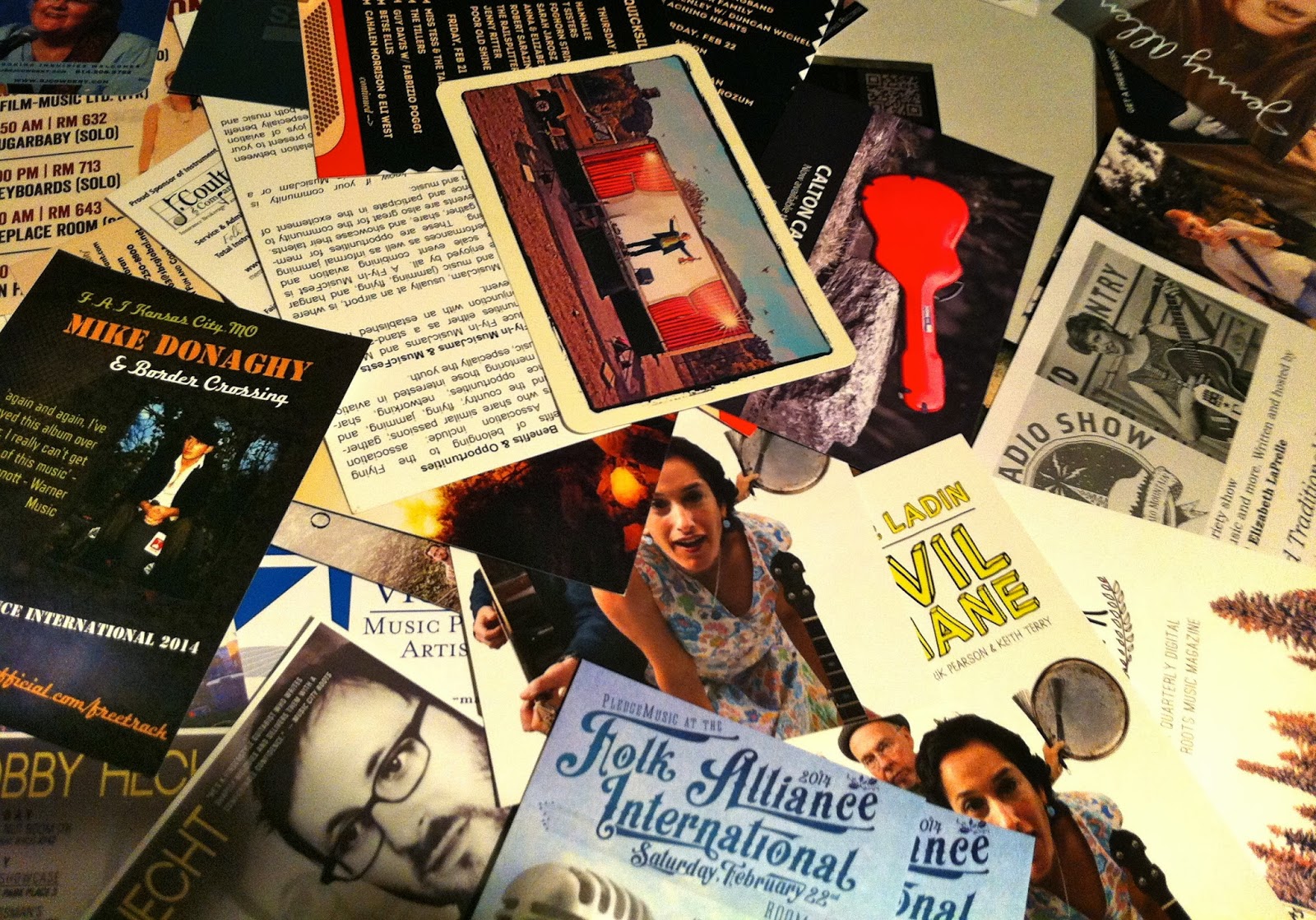 I spotted a lone tuba amid the hundreds of fiddles, banjos and guitars I saw on stages and in the hallways at the Folk Alliance Conference at the Westin Crown Center on Saturday.  Brass instruments were a rarity at the four-day event that attracted a reported 3,000 people to Kansas City.

With 11 official stages and countless spontaneous jam sessions, the absence of a designated jazz-themed forum was disheartening.  The addition of the music associated with Kansas City would have been a nice component of what seemed to be an entirely successful event.

The proposal isn't all that strange.  Locally-based jazz musician Matt Otto refers to his music as "folk-jazz".  And Béla Fleck is just one of thousands of jazz-minded musicians who have emerged from the world of progressive bluegrass.  Beau Bledsoe of Alaturka gets it.  I saw him taking in a performance by the Turkish-born oud master Ismail Hakki Fencioglu at the expansive festival.

Kansas City will host the conference for the next few years.  I fully expect enterprising jazz musicians and promoters to explore the possibilities of an artistically fruitful association with the locally-based Folk Alliance.

I don't blame anyone for missing it though. I hate the Pitch.

I personally liked that everything was under the banner of "folk". It made for many pleasant surprises for me. There was jazz there and many other genres but no one got their own special genre showcase that I was aware of. You just looked at the listings and got references from other people. It really broadened my musical perspective.