Album Review: Dominique Sanders- A True Story Based On... 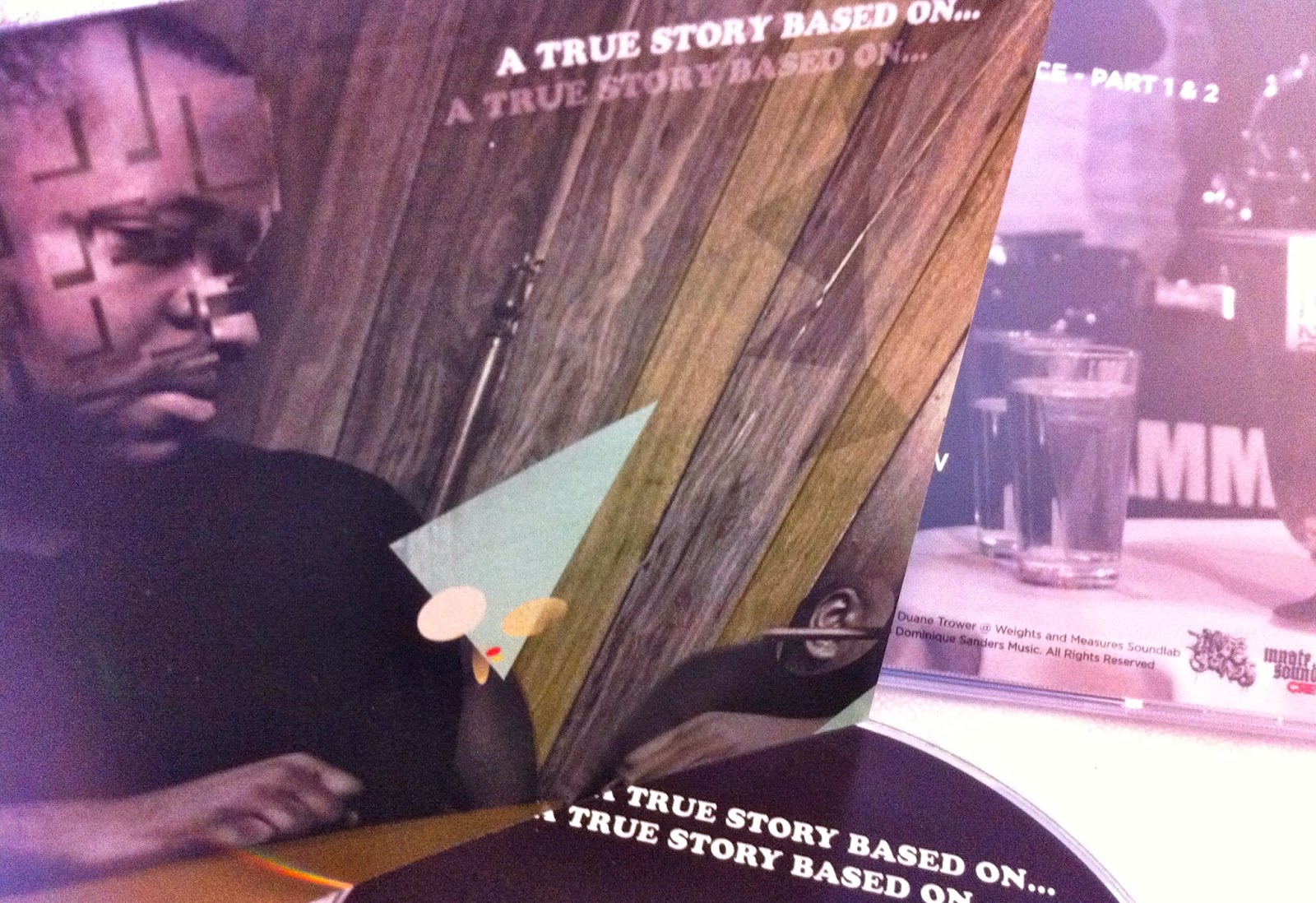 A True Story Based On…, the bold, imaginative and vital new album by Dominique Sanders, opens with a skit that features an eclectic array of music including a few seconds of ”Invincible”, a song by the locally based pop-punk band the Beautiful Bodies.

Similarly astounding surprises are sprinkled throughout the 75-minute project.

While he may be best known for playing bass in Kansas City jazz clubs, Sanders includes elements of electronic music, funk, hip-hop, soul and rock on A True Story Based On….

Suggesting that the album is a who’s-who of young players on Kansas City’s jazz scene would be an exaggeration, but Matt Hopper, Mark Lowrey, Ernest Melton and Josh Williams are among the additional heavy hitters credited in the liner notes.

The R&B and funk tracks may be even more impressive than the jazz-oriented selections.  The sultry "Dreamin'" features smooth vocals by Anthony Saunders.    Reggie B raps and sings on the funky "Someone Else."  The wavy neo-soul of Awakening is a feature for Miles Bonny.

While the album would be improved by a twenty-minute trim, a bit of extravagance is to be expected from dynamic young musicians.  A True Story Based On… contains an excess of enthusiasm.

Many people objected when Flying Lotus' You're Dead was named the top album of 2014 at Plastic Sax.  Those same jazz purists won't be much happier when they find the similarly adventurous A True Story Based On… near the top of Plastic Sax's year-end album list in 2015.