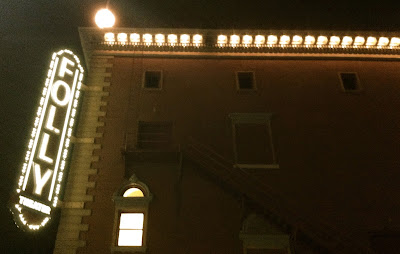 My detractors will be pleased to hear that I was briefly heckled and jeered during my appearance on the stage of the Folly Theater on Saturday.

Many listeners at the pre-concert talk I conducted with two members of The Hot Sardines took offense at a self-deprecating ageist wisecrack.

No such animosity was directed at the eight-piece band from New York.  The octet floored an audience of about 700.

The Hot Sardines is a clearly band that’s going places.  It’s not that its members are incomparable musicians.  While every member of the ensemble was very good, there are plenty of superior musicians in Kansas City.

That’s a big reason why the ensemble has the support of a major record label while many giants of jazz struggle to secure gigs and fund recording sessions.

Audiences expect to be entertained.

So you're getting Bill Shapiro's gig, huh?