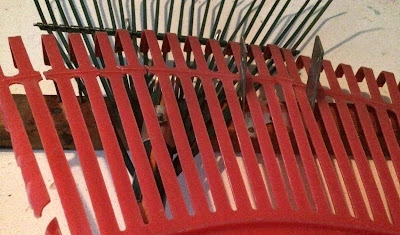 *A television station reports that Chris Hazelton’s gear was stolen.

*Tweet o’ the Week: Dee Dee Bridgewater- How much do I love this poster?!?Thank you @TheFollyTheater Looking forward to next year!

*Comment o’ the Week: Anonymous- Audience size is something worth talking about. Pretending it doesn't matter won't help anything. If the music isn't connecting with people we should acknoledge that and, as culture-makers, adapt. And by adapt I dont mean more Radiohead tributes and hip hop fusion. I think that people really want to believe that jazz hasn't become an academic music. But it has. We can argue about why (the Marsalis museum perspective, or the jock culture of college big band competitions, trotting out the race card, etc...) but the artists have ultimately let the music fade out of relevance. Instead of dealing with this issue, most jazz musicians chose to double down on fanaticism and view themselves as enlightened martyrs.

*From a press release: The People's Liberation Big Band of Greater Kansas City will end its seven and a half year run of monthly performances at the RecordBar on Sunday, December 6. The ensemble will document this final RecordBar performance with a live recording featuring compositions by band members Patrick Alonzo Conway, Brad Cox, Forest Stewart, Nick Howell, Matt Otto and Mark Southerland. Cover price at the door is $5. During the performance The People’s Liberation Big Band will also hold a fundraiser for the newly established New and Improvised Music Foundation of Kansas City. The New and Improvised Music Foundation of Kansas City is a non-profit corporation created for the purpose of helping musicians secure funding for creative music projects. As a result of its monthly RecordBar engagement, The People's Liberation Big Band has created more than sixty new original large ensemble jazz pieces over the past seven years, including large-scale work such as the ensemble's original film score for Battleship Potemkin, music for the one-act play Voyeur, and music for three short animated films by Vladislav Starevich. The group's December 6 RecordBar performance will feature such fixtures of the Kansas City jazz community as Roger Wilder, Matt Otto, Jeff Harshbarger and Rich Wheeler, as well as vocalist Shay Estes.

*The Kansas City Jazz Calendar has bee updated for December.