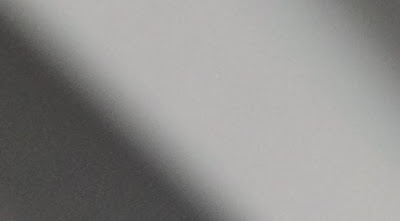 *The People’s Liberation Big Band’s final show at the current incarnation of the RecordBar attracted the biggest crowd I’ve encountered for the ensemble at the venue.  KC Jazz Lark documented the show.

*Joe Klopus previews the week’s events in his latest column.

*Comment o’ the Week: Anonymous- Congratulations to Tim Whitmer. His concert series Spirituality and all that Jazz has run the first Wednesday of the month since 1994. Several hundred people attend every month. The audience may be dying off but numbers have remained consistent for 21 plus years. His Jazz Carol Fest and July Jazz Jam concert productions are consistently well attended and feature many musicians.

*From Lisa Engelken: It's all sort of sudden, but I was delighted when I was requested to perform at MOODS- an art gallery and performance space that is brand spankin' new, and is the hottest new addition to Northern Topeka (NOTO)'s Art District! This will be my first concert in Topeka-- and it's so close to where I grew up!  The Lisa Engelken Quartet in concert featuring: Joe Schoonover (gtr), Kurt Morrow (bass) & David Liston (drums). Saturday, December 19th! Two Sets: 8pm & 9:15pm. $10 in advance (highly recommended) / $15 at door.