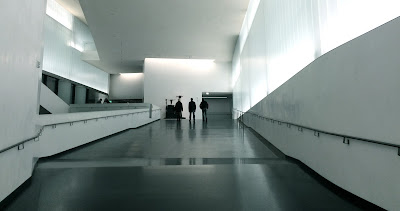 *The Pitch recommends a performance by a band led by Matt Otto.

*Donny McCaslin will perform at the 2016 edition of the Charlie Parker Jazz Festival in New York.

*From the Mutual Musicians Foundation: The Mutual Musicians Foundation will be celebrating their Founding Day, along with the American Federation of Musicians national office members, local union representatives, community neighborhood organizations and special guest, Sally Liuzzo, daughter of slain Civil Rights martyr Viola Liuzzo, Wednesday, March 2, 2016.  “We are in our 99th year and have begun a series of events that will lead up to our centennial celebration. The date of the founding of Local 627(March 2, 1917) is a definitive time in global arts history and many are gathering with us to recognize our significance to that history.” Said Anita J. Dixon, Executive Director.  The following events are scheduled: Press Conference to announce activities to the Centennial, unveiling KOJH radio station plans and the MMF’s renovated facade, Historic signing of petition for local 34/627.

*From a press release: The University of Kansas School of Music proudly presents the 39th Annual KU Jazz Festival concerts at 7:30 p.m. on Friday, March 4 and Saturday, March 5 in Woodruff Auditorium at the Kansas Union. This year’s concerts feature special guest artists Walter Smith III, saxophone (March 4) and drummer Matt Wilson (March 5). Both concert events are open to the public… Tickets for each concert are $15 for adults, $10 for seniors, and $10 with a KU ID...  Following the main stage concerts at Woodruff Auditorium in the Kansas Union, the music will continue with the KU Jazz Festival After Hours Jazz Sessions, held at the All Seasons Den at The Oread (1200 Oread Avenue, Lawrence, KS), from 10:00 p.m. to 12:30 a.m. both evenings.  These jazz sessions will feature performances by the Matt Otto Quintet with special guest Dave Scott, trumpet.

(Original image by Plastic Sax.)
Posted by Happy In Bag at 9:39 AM