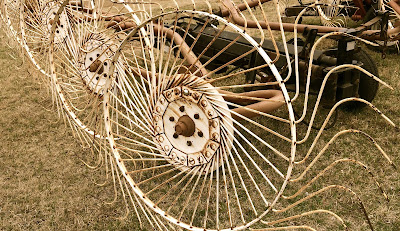 *KC Jazz Lark lambasts the flippant rejection of jazz in the press release that announces the end of the Jazz in the Woods festival and the debut of SoJo Summerfest.

*Matt Otto’s new album Soliloquy is reviewed by a critic for KCUR.

*Matt Hopper is part of a crowdfunding campaign to finance a trip to Brazil.

*Comment o’ the Week: Anonymous- I presume the eight musicians split the door to make a whopping fifty bucks each. "Pro Musicians" should stop working for less than $100 per performance. Musicians accepting this INSULT for the last twenty years has lowered the bar for every player to come from now on.

(Original image by Plastic Sax.)
Posted by Happy In Bag at 9:46 AM