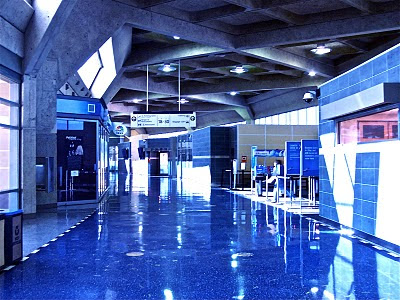 *David Martin reports that Bobby Watson, Jayne McShann and Joyce Johnson resigned from their positions on the board of the Mutual Musicians Foundation.

*Steve Penn provides quotes from Oscar "Lucky" Wesley's February 27 appearance at the American Jazz Museum's "Jazz Talk." Wesley is mourned in a letter to the Star. Elsewhere, a music blogger features a track from an obscure album by The Scamps.

*The significance of Sue Vicory's film is heralded by KCJazzLark. The jazz blogger also reviewed a recent performance of the New Order Big Band.

*Chuck Haddix discusses the jazz and blues photography of Dan White on April 14 at the Central Library. The Jim Mair Quartet with Mike Ning, Tyrone Clark and Michael Warren will perform at the event.

*The Star reviewed Junior Mance's gig at the Blue Room. Paola's Ryan Anselmi and Hutchinson's Kim Garey were in the pianist's band.

*A memorial in the Washington Post suggests that the late Herb Ellis once lived in Kansas City. A handful of area musicians have disputed that claim.

*MBird, the alter-ego of jazz vocalist Megan Birdsall, has issued a music video.

*Karrin Allyson returns to Kansas City this week for a two-night run at Jardine's.

*From Jim Mair: A gathering to honor the life of Theodore Jan Wilson, featuring a tribute by Kansas City jazz musicians, will be held at 2 pm Tuesday, May 4, 2010, at Kansas City Kansas Community College's Intercultural Center. The public is invited.

*From a Kansas City Kansas Community College press release: Coming off unprecedented success in the annual Pittsburg State Jazz Festival, where the KCKCC Jazz Band and two combos earned No. 1 ratings, the Jazz Band under the direction of Jim Mair received an invitation to perform at the Puerto Vallarta Jazz Festival in Mexico next February.

(Original image of KCI by Plastic Sax.)
Posted by Happy In Bag at 11:02 AM