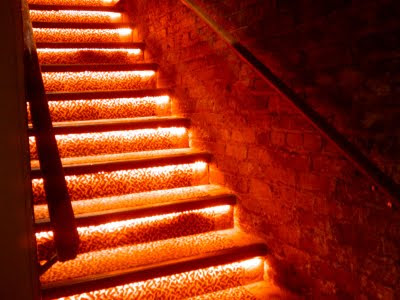 *Plastic Sax has learned that Leon Brady will step down from his role as Musical Director of Kansas City Youth Jazz. Clarence Smith will fill that position as Brady remains active in the organization. Additionally, the highly-respected institution is relocating from Kansas City, Kansas, to Penn Valley Community College across the state line. Here's a clip of Brady at work.

*Karrin Allyson's 'Round Midnight album was released May 3.

*Herbie Hancock will perform a solo piano recital at the Lied Center on October 30. The venue's new season also includes an appearance by the SFJazz Collective on March 14, 2012.

*Krystle Warren! Brad Cox is among the familiar faces in the video. (Video tip via Sam Wisman.)

*The Bob James Festival is May 21 is Marshall, Missouri.

*The Abel Ramirez Big Band's weekly gigs are in a new location. The band now appears at Finnigan's Hall (the location that once housed the legendary Gold Buffet.)

*A television station covered a stamp-related event at the American Jazz Museum. The Star also offers a story.

*Les Izmore and Hermon Mehari collaborate in a compelling video.

“Bobby (Watson) made his band his family and friends. That’s what you have to do if you want to get on the bandstand and play some real music with these cats. I learned a lot about leading a band from Bobby,” Orrin Evans tells Jazz Times.

*Here's a solicitation from the Black House Improvisors' Collective.

*Tweet o' the Week: clintashlock: How are there 7 trombone players at Harlings but we can't find a tenor player anywhere? #tpcomn

*Before someone calls me out on it, I'll acknowledge now that a relevant announcement about a new addition to my bag of tricks will be disclosed in this space after the contracts are signed.

(Original image of the remodeled stairs at Jardine's by Plastic Sax.)
Posted by Happy In Bag at 10:58 AM

Oh man. Those stairs are killin' me. The litle blue light in the front window help out too.