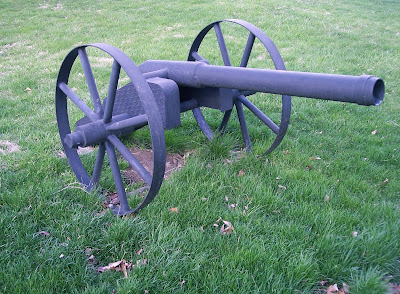 *Trumpeter Snooky Young, veteran of the bands of Jimmie Lunceford and Count Basie, has died. He was 92.

*Filmmaker Bruce Ricker has died. Here's Steve Paul's personal tribute to the man behind The Last of the Blue Devils.

*Return to Forever and Zappa Plays Zappa will perform at the Midland Theater on August 26. (I'm not gonna lie- I'm all about this.)

*Steve Paul notes the charms of the Folly Theater and encourages patrons not to forget about Kansas City's many fine venues when the Kauffman Center opens later this year.

*The MarchFourth Big Band plays a free show at Crossroads on June 14.

*The fourth installment of KCJazzLark's saga about his experiences as a member of the Kansas City Jazz Commission is now on the record.

*Here's raw footage of a performance by BeardKCrazy. The new band sounds like a mash-up of King Sunny Ade's Syncro System and Miles Davis' On the Corner.

*Another Verse uncovers the Kansas City angle on the Library of Congress' new "national jukebox."

*Tweet o' the Week: D.J. Sweeney People talk too much when they should be listening. As for the man that shouted out, "play some rock," F-you! Jazz is cerebral, you moron!

*The Kansas City Jazz Orchestra has a new business manager. And yes, it's me, the man behind Plastic Sax.

*From Alaadeen Enterprises: Alaadeen Enterprises, Inc. is pleased to announce a collaboration with The Duke Ellington Family on a pilot outreach program to aid the veterans of the United States Military. Scheduled to be implemented this Memorial Day in honor of our Veterans of War, the project will demonstrate the healing power of music by providing drum pads and drum sticks to the Veterans Administration Medical Center in Fort Leavenworth, Kansas. Victoria Dunfee, President of Alaadeen Enterprises states that, "Our partnership with the Duke Ellington Family on this project is a superb fit as our founder Ahmad Alaadeen was a member of the U.S. 4th Army Band, Ft. Sam Houston in San Antonio, Texas. He saw first hand the healing powers of music." Alaadeen is now buried in Fort Leavenworth National Cemetery.

(Original image by Plastic Sax.)
Posted by Happy In Bag at 1:09 PM