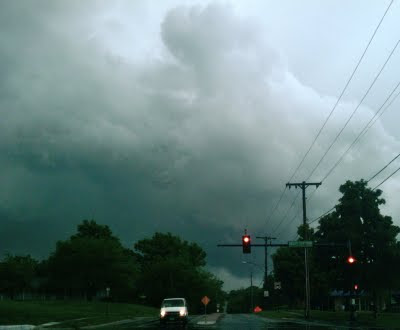 *How'd you like to live immediately next door to the Mutual Musicians Foundation? It may soon be possible. Steve Penn reports on the looming restoration of the Rochester Hotel.

*I just discovered this Kansas City promotional video. I'm pretty sure David Basse is its narrator. Count Basie, Charlie Parker and Janelle Monae are the three Kansas City-related musicians referenced by name. And yes, the namesake of this site appears at the 3:21 mark.

*Here's a video preview of the tribute to Miles Davis taking place at Crosstown Station, Thursday, May 26. Here's footage of a related rehearsal. The Pitch previewed the show.

*Hermon Mehari is the subject of a brief interview conducted on behalf of America: Now and Here, Kansas City.

*"Thanks to a fresh sound from innovators such as Hermon Mehari and Les Izmore," Elke Mermis writes in her final column as music editor of The Pitch. "Kansas City's jazz legacy lives in a new generation."

*More new sounds are made available by Sir Threadius Mongus.

*Tweet o' the Week: americanjazzkc: Great writeup of Saturday's Jonathan Butler show from @KCStar: Jonathan Butler infuses jazz show at the Gem with gospel. (Sorry for the self-referential selection, but you guys need to step it up.)

(Original image of today's storm by Plastic Sax.)
Posted by Happy In Bag at 5:02 PM