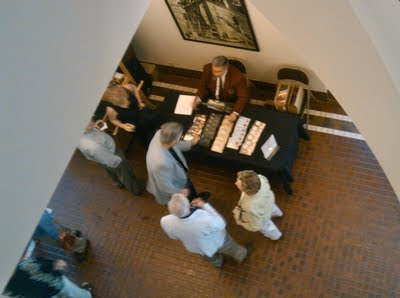 As Karrin Allyson found an entirely new way to deliver "Sophisticated Lady" Saturday, I wondered how many versions of the otherwise tired standard I'd heard at the Folly Theater.

Abbey Lincoln might have sung it. Maybe Tito Puente covered it. I've attended more concerts in the Folly's venerable jazz series than I can recall. A significant portion of my jazz education, in fact, has taken place inside the former burlesque house on 12th Street. And I'm still learning. Joe Lovano and his band gave me a tutorial in keeping the tradition fresh a few weeks ago. Last year Esperanza Spalding taught me that hope for the music's future is always just around the corner.

Not everything in the series appeals to me, but my experiences at the Folly Theater played a substantial role in helping me to develop my tastes. As Allyson's concert and the Folly's 2010-11 jazz season concluded last night, I felt the same bittersweet sense of loss familiar to sports fans after a championship game is played.

Without the Folly Theater's jazz series, I'd be an inferior jazz fan and Kansas City would be a lesser metropolis.

(Original image by Plastic Sax.)
Posted by Happy In Bag at 10:59 AM