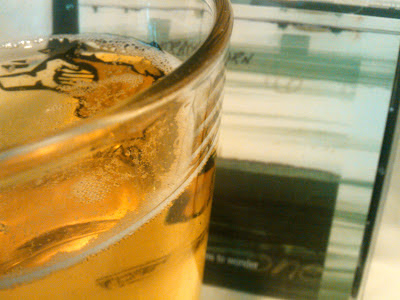 As recently as the '80s, jazz was still a viable form of popular music.  Acts like Spyro Gyra, David Sanborn and Grover Washington, Jr. sold albums to people who also enjoyed the music of Anita Baker, Lionel Richie and Journey.  The best-selling jazz of the era was designed to please casual listeners with sturdy melodies, accessible textures and an overall pleasant sensibility.

The members of Killer Strayhorn realize that there's still a lot of rewarding music left to be mined in that neglected vein.  The Kansas City band's new album One Begins to Wonder combines straight-ahead jazz with the pop sensibility of a crossover jazz act.  The five men in Killer Strayhorn make the savvy concept pay off.

The album's most telling track may be "Ridin' 'longside Bruce," a jaunty nod to Bruce Hornsby.  One can easily imagine the song's delectable groove thrilling thousands of Bela Fleck, Steely Dan or Phish fans at a summer festival.  Driven by Chris Lewis' piano, the title track possesses the gentle lilt of a Joe Sample project.  The band acknowledges its debt to Pat Metheny on a rendition of the guitarist's "As I Am."

Lest these comparisons give readers the wrong impression, One Begins to Wonder contains plenty of conventional jazz chops.  Billy Strayhorn's "U.M.M.G.", for instance, is given an appropriately melancholy treatment.  "Mellowdrama," a Heath Brothers jam from 1978, sounds like the best thing Bobby Watson never recorded.  Saxophonist James Isaac shines throughout.  Kansas City is knee-deep in woefully under-appreciated saxophonists.  Tracks like "Two by Two" make a case for Isaac being the candidate most worthy of wider recognition.

My only complaint is that at almost eighty minutes, One Begins to Wonder lacks focus.  While charming, guitar-oriented tracks like "Escuridao" and "The Next Step For Mallory" sound like they belong on a separate album.

Killer Strayhorn's first and second albums were also reviewed at Plastic Sax.  Long Story Short was good.  80/20 Blue was even better.  With One Begins to Wonder, Killer Strayhorn flirts with greatness.

(Original image by Plastic Sax.)
Posted by Happy In Bag at 5:38 PM