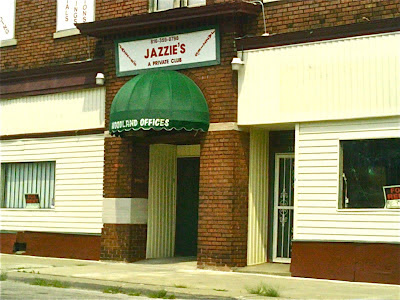 *The Project H's in-studio performance at KJHK was filmed.  (Via KC Stage Blog.)

*After a trip to Denver, KCJazzLark concludes that Denver's jazz fans have access to superior venues but that Kansas City has better musicians.

*The Metheny Music Foundation has awarded a new round of scholarships. (Via KC Stage Blog.)

*Harry Tennant, a "charter member of the Kicks Band," has died.

*Comment o' the Week: Anonymous- ^ That's a stereotype. Of course it's for a reason, there's plenty of that happening. There are, though, hungry, young, original jazz musicians playing in this town who are trying to change that bullsh(*)t status quo.  It seems to me like people think it's somehow fashionable to regurgitate that tired opinion above, without peeking their head out to hear otherwise. There is jazz out there that would satisfy people, but by claiming otherwise you sound sooooo hip. "I'm in the know, I have good taste, and I like music played from the heart, not the brain." No sh(*)t, everyone does...but the best music is both. Get a grip and stop perpetuating a stereotype that is KEEPING you from hearing what you might be looking for.

(Original image by Plastic Sax.)
Posted by Happy In Bag at 12:20 PM

Thanks for correcting my error, Clint.