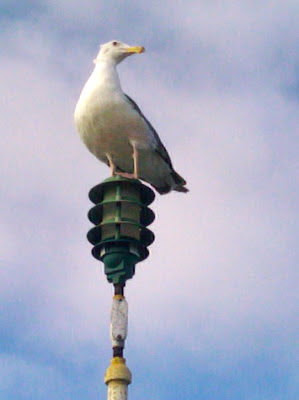 Out with the old and in with the new.  While many of the artists featured in the 2012-13 seasons of the Folly Theater's jazz series and the American Jazz Museum's Jammin' at the Gem series are no longer young, almost all of the musicians represent an encouraging acknowledgment that the audience for conventional swing-based jazz is dissipating.  Audiences interested in relevant, artistically-challenging music will be well-served by these bold selections.  The tide has turned.

Pat Metheny's Unity Band
Folly Theater, September 6
Aside from a sold out 2008 benefit concert for the Metheny Foundation in Lee's Summit, Pat Metheny last appeared with a full band in the Kansas City area in 2007.  While his Orchestrion concert at the Uptown Theater in 2010 and his duet date with Larry Grenadier at Liberty Hall last year were exquisite, his long-awaited non-series gig with the new Unity Band- Metheny, Chris Potter, Ben Williams and Antonio Sanchez- at the Folly promises to be transcendent.
Grade: A

Chick Corea and Gary Burton with the Harlem String Quartet
Gem Theater, September 29
Crystal Silence, the 1973 duet album by Gary Burton and Chick Corea, altered the way I experience music when I first encountered it in the '80s.  The two jazz legends have an extraordinary musical kinship.  I assume the Harlem String Quartet will recreate the role the Sydney Symphony played on the 2008 album New Crystal Silence.
Grade: A

Anat Cohen Quartet
Folly Theater, December 14
Anat Cohen's live 2010 album includes reverent renditions of standards like "St. James Infirmary," "Body and Soul" and "What a Little Moonlight Can Do."  Yet she imbues tired material with a progressive sensibility.  And she doesn't limit herself to jazz.  Cohen has also proved her mettle as an accomplished choro musician.  Dowbeat's 2012 clarinetist of the year is the rare artist capable of appealing to fans of Benny Goodman, Paulo Moura and Kenny Garrett.
Grade: B

The James Carter Organ Trio
Folly Theater, January 25
The Folly Theater will briefly revisit its inglorious days as a burlesque house on January 25 when James Carter fronts an organ trio at the elegant venue.  While I'd prefer to hear the versatile Carter work in another format, the saxophonist will undoubtedly play the blues with greasy conviction alongside organist Gerard Gibbs and drummer Leonard King.
Grade: B+

The Kenny Garrett Quartet
Folly Theater, February 15
Kenny Garrett, 51, is one of the most important saxophonists of his generation.  Even so, I've always wanted even more from the great musician.  His latest album, Seeds From the Underground, is fine, but it doesn't scream "genius."  I imagine that Pres and Bean were burdened by similarly unfair expectations.
Grade: A-

Kurt Elling
Gem Theater, February 16
It's no secret that I don't particularly relish jazz vocalists. But Kurt Elling's different.  He's stylistically more adventurous and musically more interesting than most of his peers.  His latest release includes unlikely material by Joe Jackson and King Crimson in addition to more typical fare from the likes of the Beatles, Miles Davis and Stevie Wonder.   Old-school artists like Tony Bennett aside, Elling is the most important male vocalist in jazz.
Grade: A-

Matthew Rybicki
Folly Theater, March 9
Bassist Matthew Rybicki is still hungry enough that his cell phone number is published at his site.  His 2011 debut album Driven indicates that he's a formalist in the tradition of Ray Brown, which not surprising given his association with Jazz at Lincoln Center.  A press release suggests that the concertgoers should expect "a couple of New York City's young jazz lions to 'spar' with some of Kansas City's jazz greats."  Vague enough for you?  A real wild card, this show could be either brilliant or boring.
Grade: B

Monterey Jazz Festival On Tour
Gem Theater, March 23
Could this be too much of a good thing?  In such an embarrassment of riches, how will each star find enough time to shine?  Dee Dee Bridgewater's 2007 outing is probably my favorite performance at the Gem.   I missed the 2011 appearance by young lion Ambrose Akinmusire at Johnson County Community College.  I hope he'll have an opportunity to showcase his forward-thinking concepts in this format.  Local audiences are very familiar with Christian McBride. Chris Potter will have appeared with Pat Metheny at the Folly in September 2012.  Dependable stalwarts Benny Green and Lewis Nash round out the bill.
Grade: A-

Eliane Elias
Folly Theater, April 13
A locally-based musician likes to share a rhapsodic anecdote about Eliane Elias.  He recalls that Elias' sashay to the stage of the Drum Room sold an audience on her merits even before she played a note.  Elias isn't just another Brazilian beauty.  The terrific musician is renowned for her artful- if sometimes excessively sweet- brand of jazz.
Grade: B+

Eric Harlan and Voyager
Gem Theater, April 13
Among drummer Eric Harland's impressive accomplishments is his membership in the all-star band James Farm. The ensemble he'll lead at the Gem is just as stellar.  The collective includes guitarist Julian Lage, pianist Taylor Eigsti, saxophonist Walter Smith III and bassist Harish Raghavan.  Watch, listen and be awestruck here.  This show might be the most exciting jazz concert of 2013.
Grade: A

Alex Bugnon
Gem Theater, May 18
Every Jammin' at the Gem season includes at least one smooth jazz act.  The booking may not be a favorite among Plastic Sax readers, but organizers count on these shows to pack the house.  The deliberately innocuous sensibility of keyboardist and composer Alex Bugnon promises to be a real crowd-pleaser.  Trumpeter Cindy Bradley will add airy textures to the proceedings.
Grade: C+

(Original image by Plastic Sax.)
Posted by Happy In Bag at 7:07 PM

Most of the readers at Plastic Sax are poor. They got a great lineup on both series'....like they've been hoping. Now put your lack of money where your mouths are.

Don't forget, The New Century Follies Vaudeville Revues, scheduled quarterly at The Folly, feature variety artists performing to the sounds of The People's Liberation Big Band of Greater Kansas City! The next shows are July 6th (this Friday), and October 5th!

This show would make the season worthwhile even if every other act was terrible. 2:00 of a quiet buildup on youtube doesn't do it justice. Buy the album: Voyager, Live by Night and get excited. Walter Smith III makes me giddy.