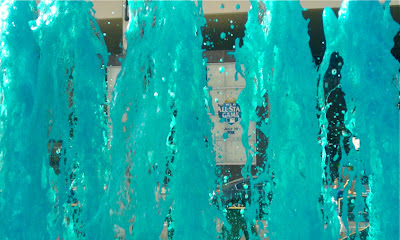 *The outstanding lineup for the Prairie Village Jazz Festival- the Karrin Allyson Quintet, the Bobby Watson Quartet, the Megan Birdsall Quartet, the Mike Metheny Quartet, the Rich Wheeler Quartet and Diverse- is revealed by KCJazzLark.

*A collection of Ahmad Alaadeen's "arrangements, manuscripts and recordings" has been donated to UMKC. A related press release is posted below.

*The Financial Times calls Logan Richardson a "cerebral improviser with a tough-toned veneer" in a review of a gig in London.  Richardson appears understandably displeased at the 1:59 mark in a brief appearance with Tony Tixier on French television.

*A story about preparations for the All-Star Game includes references to the American Jazz Museum.

*Bobby Watson will perform in Europe later this month.  The Star offers a photo of Watson playing with his big band Monday at the Blue Room.

*The saga of the namesake of this site is revisited at the American Jazz Museum's Tumblr account.

*Tweet o' the Week: Clint Ashlock- You could be hearing Bobby Watson for $5 right now. #KCJAZZ

*Comment o' the Week: Matt Leifer- Voyager!!!  This show would make the season worthwhile even if every other act was terrible. 2:00 of a quiet buildup on youtube doesn't do it justice. Buy the album: Voyager, Live by Night and get excited. Walter Smith III makes me giddy.

*From UMKC: The collection of saxophonist, composer, and educator Ahmad Alaadeen has been donated to the LaBudde Special Collections and Marr Sound Archives in the Miller Nichols Library at the University of Missouri-Kansas City.

Renowned musician and producer Najee applauded the gift. "This is a wonderful effort to preserve the legacy of one of our jazz legends," Najee said. "I am pleased that the Marr Sound Archives will safeguard this legacy of one of the profound influences on the history of Kansas City jazz."

A 2010 recipient of the American Jazz Museum's Lifetime Achievement Award, Alaadeen was born and came of age musically in Kansas City. He first picked up the saxophone when he was in sixth grade, and later studied with Leo H. Davis, a revered music teacher at R.T. Coles High School.

Alaadeen's professional debut was with Davis' concert band when he was 14, playing E-flat horn. His first major job was playing baritone sax with the great pianist-bandleader Jay McShann.

Alaadeen attended the Kansas City Conservatory of Music, now the UMKC Conservatory of Music and Dance, and continued his education at St. Mary's College and DePaul University. He served in the military during 1957-59, taking on the job of jazz saxophonist and principal oboist with the 4th Army Band.

After returning to Kansas City, Alaadeen became a well-respected educator, teaching jazz in both the school system and privately. In 2009, Alaadeen authored The Rest of the Story: Jazz Improvisation and History, a method manual in which he shares the secrets of how he learned music, passed down to him by the masters.

(Original All-Star image by Plastic Sax.)
Posted by Happy In Bag at 10:14 AM

Thanks for the mention of the upcoming new music events in Columbia. I'd just like to add that the full name actually is the _Mizzou_ New Music Summer Festival - it's produced by the University of Missouri School of Music (with some generous financial support from the Sinquefield Charitable Foundation).

So what's up with that weird French video guy?