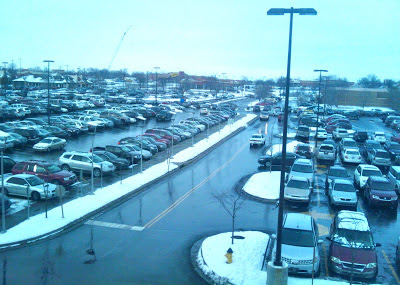 *The ambitious plans of the owner of the Green Lady Lounge are revealed in an enlightening report by David Hudnall of The Pitch.

*Eddie Moore and the Outer Circle's The Freedom of Expression is slated for release this month.

*Tweet o' the Week: marklowreymusic- Last minute gig addition! Tonight solo piano at the Green Lady Lounge 7-11pm. This is my first time in this new space. Let's kick it.

*Comment of the Week: Lee- Does he have any plans to sell this online? There's an ominous lack of a "recordings" tab on the website you so kindly linked to. I had similar trouble trying to land a copy of "Live at Jardines." After several unanswered emails and Facebook posts, I finally gave up trying to get a copy sent to me in Seattle. And now I'm whinging on your blog like a moron.

*From Joe Athon: Kansas City Youth Jazz organizers in collaboration with Take 5 Coffee Bar have announced a Jazz Vocal Summit to be held January 20th, 2013 at 3pm to 6pm inside Take Five Coffee Bar in Leawood, KS.  The concert will last three hours. Participating in the event will be Angela Hagenbach, Wild Women of Jazz, Eddie Goss, Millie Nottingham, Laura Chalk, Bryan Hicks, Shay Estes and Joe Athon.  This will be a showcase of some of Kansas City's finest vocalists performing solo vignettes, duets and other configurations.  Proceeds will benefit Kansas City Youth Jazz… Tickets can be reserved in advance for $25 by calling 913-991-8225 or by emailing jathon@hotmail.com and for $35 at the door the day of the show. Seating is limited and advance purchase is strongly recommended.