This Is Not a Review of Matt Otto's Broken Waltz 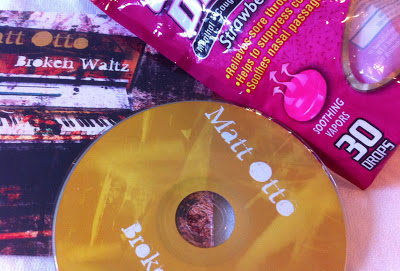 This is not a review of Matt Otto's 2012 album Broken Waltz.  The album was released six months ago and apparently hasn't garnered a single review.  I'm reluctant to break that unblemished record.

The media blackout is incomprehensible.  Otto is one of Kansas City's most respected players.  He's backed by five West Coast musicians including "name" vocalist Sara Gazarek on the project. The compositions are sterling and the performances are extraordinary.  The album is easily the equal of many acclaimed titles on prominent labels like Blue Note, Concord and Criss Cross.

I was so awestruck by the quality of Broken Waltz when it was released that I planned to add a "me too" addendum to a link of the inevitable rave review in a national publication like Downbeat or The New York Times.  It never happened.   I'll merely suggest that anyone who digs Tim Berne, David Binney or Jimmy Giuffre is likely to appreciate Broken Waltz.

Here's an EPK for the tragically overlooked album.
Posted by Happy In Bag at 1:33 PM