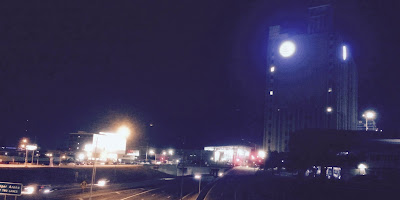 *Marilyn Maye was featured in an eight-minute segment on CBS Sunday Morning.

*Jon Batiste, the musician caught up in the American Jazz Museum’s $18,000 flight scandal, will perform at the Madrid Theatre on March 9.

*Ben Allison, Jeremy Pelt, Steve Cardenas and Allan Mednard will perform at the 1900 Building on April 7.

*Lonnie McFadden was featured on KCUR’s Up to Date.

*From a press release: Logan Richardson returns to Kansas City for his fourth studio album… Blues People.  Recorded in Omaha and mixed in KC, the album features local musicians Ryan Lee on drums, DeAndre Manning on bass, Justus West on guitar, and the Berlin based, Ukrainian guitar player Igor Osypov.  Blues People begins with an assault on the senses – heavy guitar sets the tone... If you were hoping for a nice Jazz lounge evening sipping brandy, you are immediately informed that this will not be the case.  The album will be released March 2 on Ropeadope.