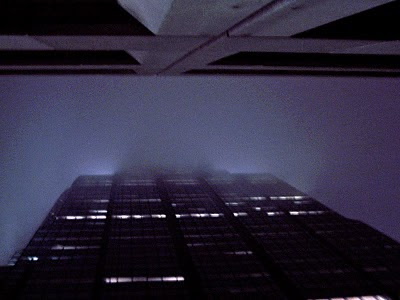 *Did you know that Count Basie and John Coltrane once met? Here's proof. (Discovered via Jazz Wax.) And I don't know why this footage of Count Basie has received an astounding 10,000 views in five days, but it's a real treasure.

*The American Jazz Museum will feature a day of Mary Lou Williams-related activities on January 23. The authors of a new children's book about Williams are among the participants.

*Joel Francis hangs out with Mouth.

*Suburban Prairie Village, Kansas, has seemingly caught the jazz bug. Air Force ensemble The Noteables perform at Asbury Methodist Church on January 31. And I spotted the following notice in the Village Voice (ha!): The 1st Annual Prairie Village Jazz Festival, on September 10th and 11th, 2010, is looking for volunteers to help plan and implement this premier event for our City, as members of the “Friends of PV Jazz Festival” ensemble. Please join us on Wednesday, January 27, 2010 at 6:30 pm to sign up as a member and learn more about how you can help make this fabulous opportunity a big success enhancing our City’s appreciation of the rich and plentiful jazz culture shared by many in our community.

*The twenty comments in response to last week's Confirmation post set a Plastic Sax record. Thanks, one and all, for reading and participating.

(Original image by Plastic Sax.)
Posted by Happy In Bag at 8:13 AM