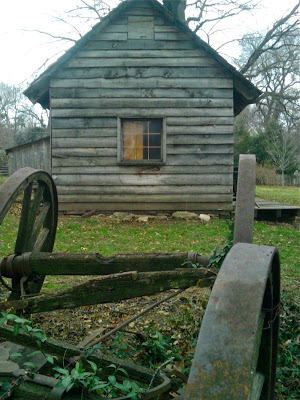 *Hearne Christopher provides another extensive recap of the Jardine's saga.

*Brad Cox participates in a brief Q-and-A with The Kansas City Star.

*Mark Lowrey reinterprets the Republic Tigers' "Buildings and Mountains" on his forthcoming album.

*Tommy Johnson Jr.'s connection to Lawrence's jazz scene is examined by The Lawrence Journal-World.  (Via Offstage.)

*One of Marilyn Maye's recent performances with the Heartland Men's Chorus was reviewed by Paul Wilson. (Via Offstage.)

*Victor & Penny are featured in this week's new episode of 12th Street Jump.

*The Marshall Democrat-News reports on plans for next year's Bob James Jazz Festival.

*Matt Otto has made two sets of tracks available as free downloads.

*The man known as Phonologotron has completely revamped his blog.

*Tweet o' the Week: MayorSlyJames- Saw jazz Harpist Lori Andrews at Blue Room tonight. She couldn't get over how friendly folks in KC are. PROUD OF YOU KC!!

*Comment o' the Week: Michael- The day that music critics call me a "musician's musician" will be a career highlight for me.

*From a press release: “Better to be lucky than smart” was a learning experience passed down from his father to local jazz and blues guitarist Tom DeMasters, as was DeMasters Insurance, LLC in Westport that Tom took over in 1983.  The CD Release Party for Better to Be Lucky will be December 10 from 7-10 p.m. at the Phoenix, 302 W. 8th St. in KCMO (no cover). Tom’s second CD features some of Kansas City’s finest, including internationally-recognized guitarist and KC transplant Jerry Hahn, Tim Whitmer, Wild Women Millie Edwards and Lori Tucker, Rick Huyett, Wayne Hawkins, Ray DeMarchi, Allen Fishell, Andy Hambleton, Bob Jolley, Mike Moreland and Joe Pruessner.

Never cared much for Jardines. The servers used to put the salad that came with your dinner on plates with their bare hands in that little prep room.

Not sure why the health department didn't shut them down long before.

KC Jazz Lark might be a little jealous of your popularity with this blog.

I think you were right with your comment about no jazz at the Plaza Lighting.

We are getting further away from our Kansas City Legacy with each generation. The jazz club scene is struggling. Concert jazz and restaurant jazz seem to be doing okay. Look at the Lucky Brewgrille and Take Five. Cascone's and Cafe Trio.

Tim Whitmer's concert production on Sunday was filled to the rafters with people. All of them seemed to be very attentive listeners and fully engaged.

The Gas Light Grill on the first Monday of the month has been packed for the Red Onion Jazz Babies. KCJO had over 1000 ticket purchases at their last concert.

Even since the time when Mozart and Hayden spent the majority of their effort writing boring, un-challenging and long since forgotten pieces of music for the aristocrats that employed them there has been a balance to be achieved. The more challenging and artistically rewarding the music, the less immediate commercial appeal it has. To me, it seems ideal to keep one foot on either side of that line, but many head to the extreme, one way or another.

What I seem to hear all the time from a lot of internet posters, like our good buddy DeJuan is a sort of passive aggressive jab against the intellectually challenging side of things. I guess if you're an avid consumer of the mainstream, the idea that some art exists without the goal of catering to a mainstream audience can be a little threatening to your world view.

For those of you critical of rehashing the same old "standards" I was reading the audition requirements for the Betty Carter "Jazz Ahead" program.

There is quite a bit of freedom for the audition but one thing all musicians must play is All The Things You Are.

This tune is a measuring stick piece that can tell people whether you can really play or if you can't based on how you negotiate the tune. Its not a subjective analysis either.

A number of cats that "Happy" champions on this blog could use some time in the woodshed on this tune. Myself included. In fact ATTYA is a "Leifer" tune. Pun intended. You will gain greater insight into jazz improvisation throughout your career exploring a tune such as this.

Matt, an important part of the successful business model I mentioned includes what you are talking about. Be able to competently wear several musical hats, get to know your audience on a personal level (make a fan a friend) Learn the business of music and the business of life.

Lastly, I respect your musicianship and your opinion.

Coincidentally, just a few weeks ago I helped an entire band of HappyChampions (TM) record a bunch of outstanding takes of ATTYA submitted for that very program.

Thank god we have the Betty Carter jazz program to show us the way. I never realized that playing "All the Things You Are" really well was a solid business model.

If you can't play All The Things You Are, you suck. Anonymous blowhards who don't practice, come at me bro!