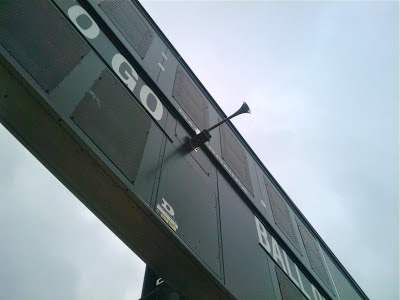 *Pat Metheny's Unity Band was nominated for a Grammy Award in the category of Best Jazz Instrumental Album.

*A blogger compares Eddie Moore to "other great young and contemporary Houston-bred jazz pianists like Jason Moran and Robert Glasper."  Moore uploaded a track from his forthcoming album to SoundCloud.

*The eightieth anniversary of an important recording session by Bennie Moten's Kansas City Orchestra is noted by KCJazzLark.

*Here's another video of a 12th Street Jump "Blues In the News" segment.

*Side By Side, the new album by "antique pop" duo Victor & Penny, was recently released.

*Comment o' the Week: Anonymous- Thank god we have the Betty Carter jazz program to show us the way. I never realized that playing "All the Things You Are" really well was a solid business model.